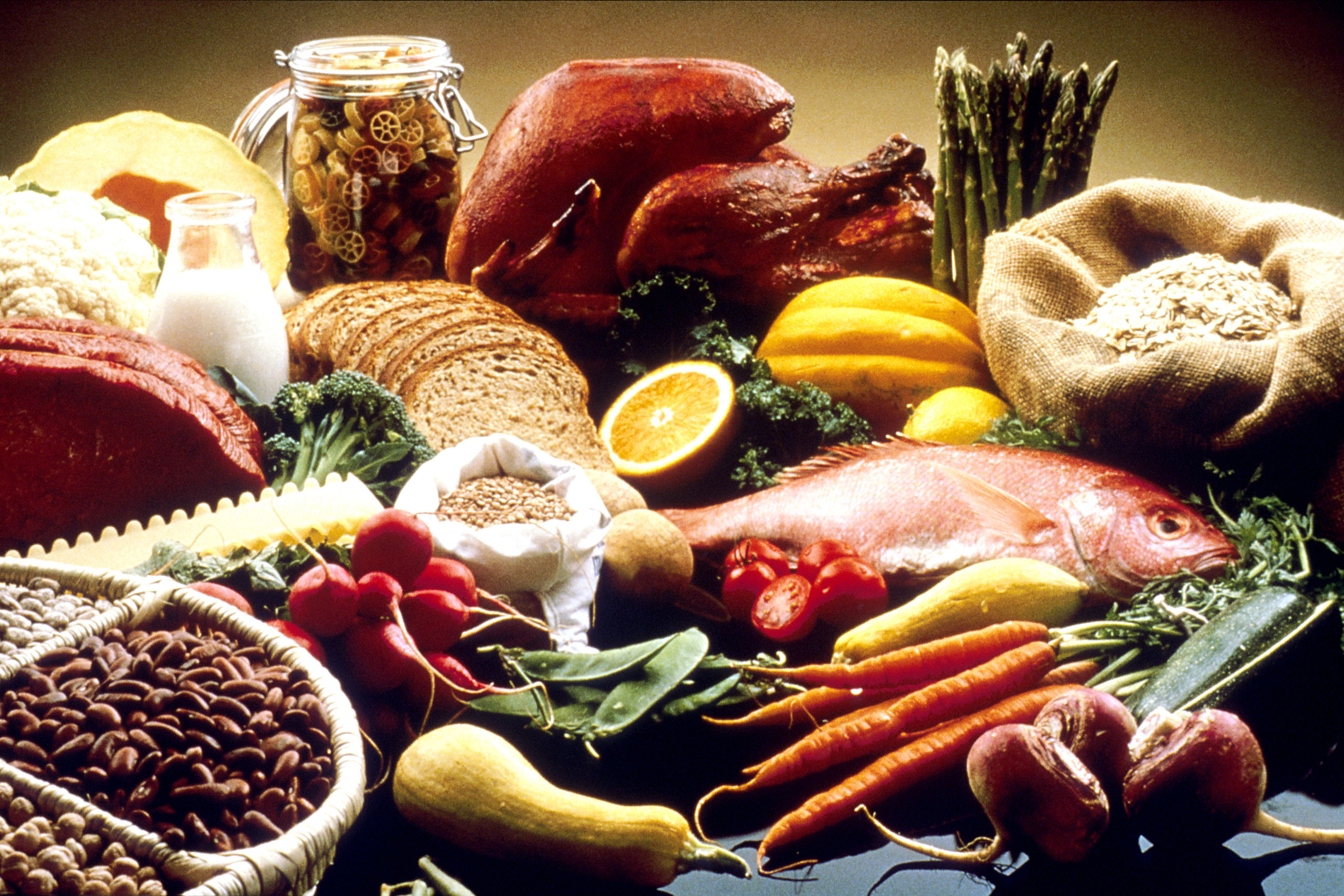 Eat food, not too much, mostly plants. — Michael Pollan

A couple of years ago, I came up with a minimal list of foods that can be eaten regularly for complete nutrition. I tried to follow the rules hinted at in the above sentence: use only real food (whole food and no vitamins), mostly plant-based food, and not too much (one that minimally meets all the macro- and micro-nutrient requirements).

The initial recipe I came up with was one that assumed food grown on a homestead where no mammals were raised for food. Since there are fish on the list, it can be considered a pescatarian diet.

In keeping with the same requirements (eat food, not too much, mostly plants), I recently modified copies of the list to come up with three more variations. Now there are four variations in total:

Here are the lists with the corresponding nutrition labels. Scroll down to the bottom to view the links to each list. 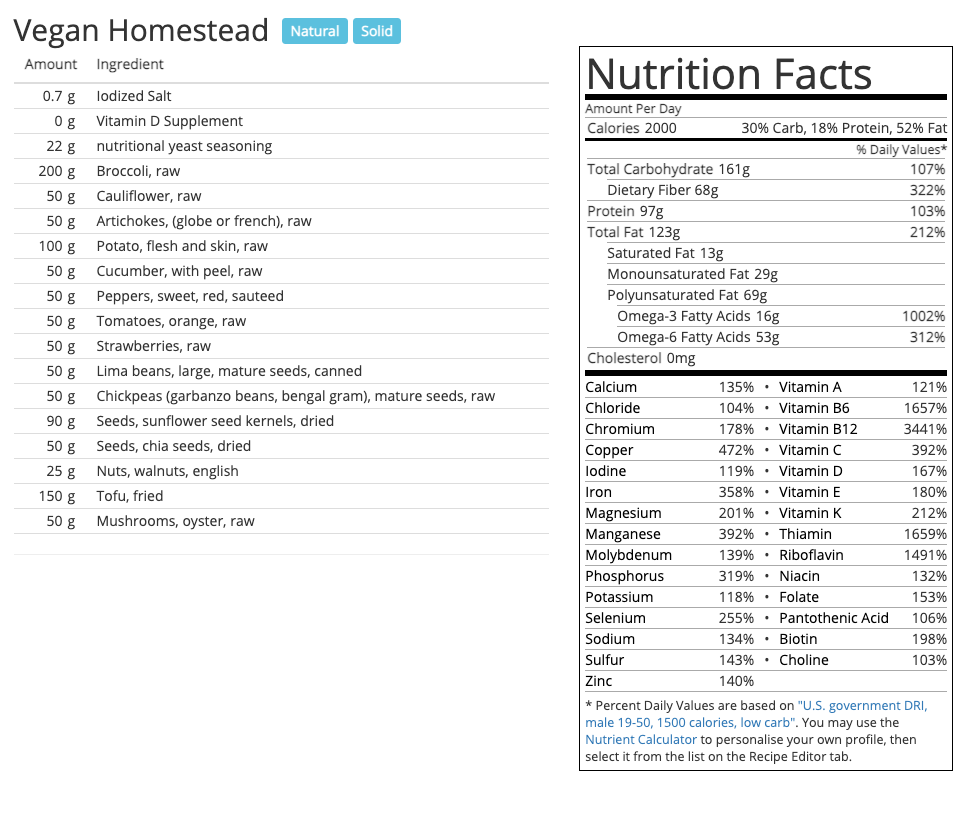 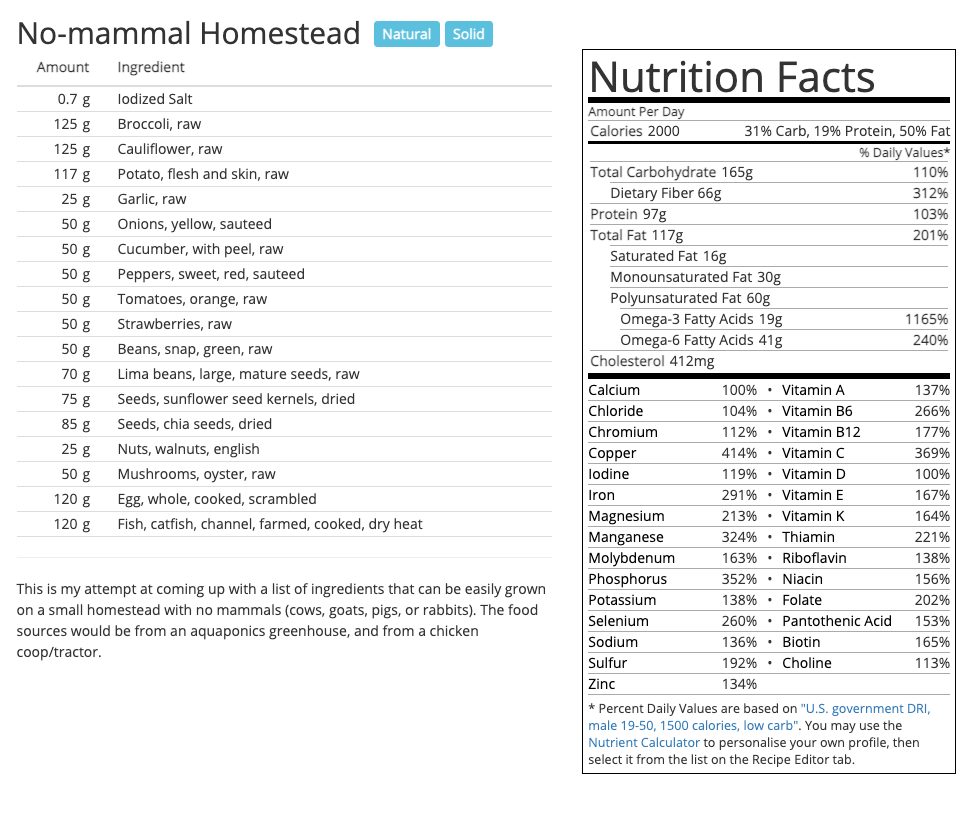 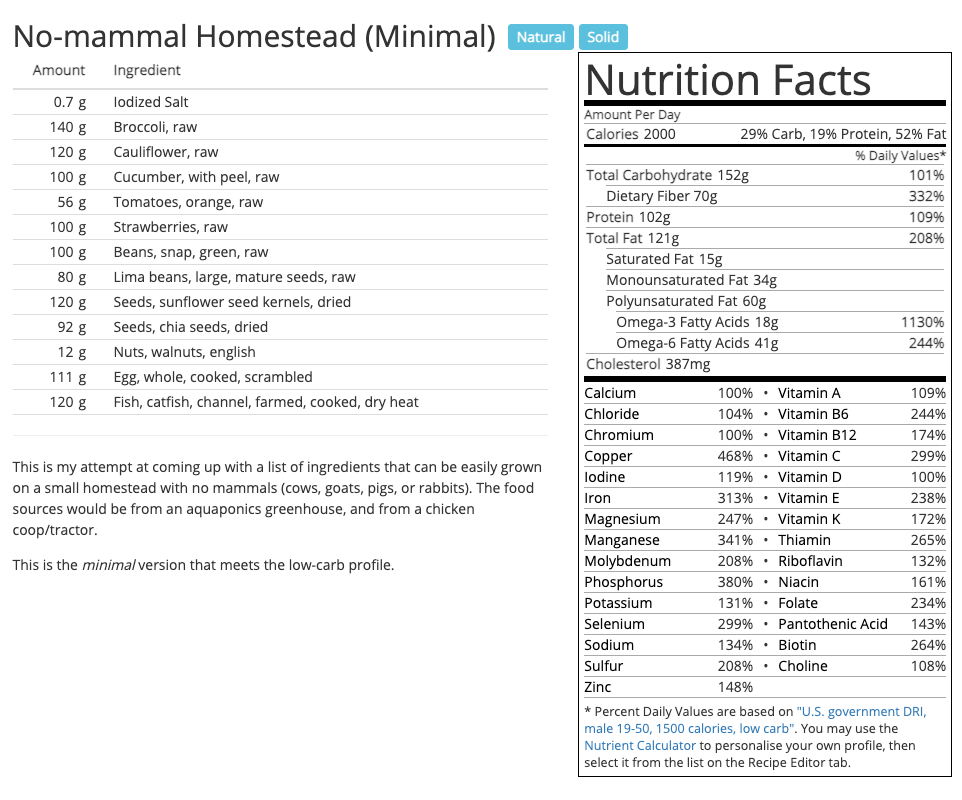 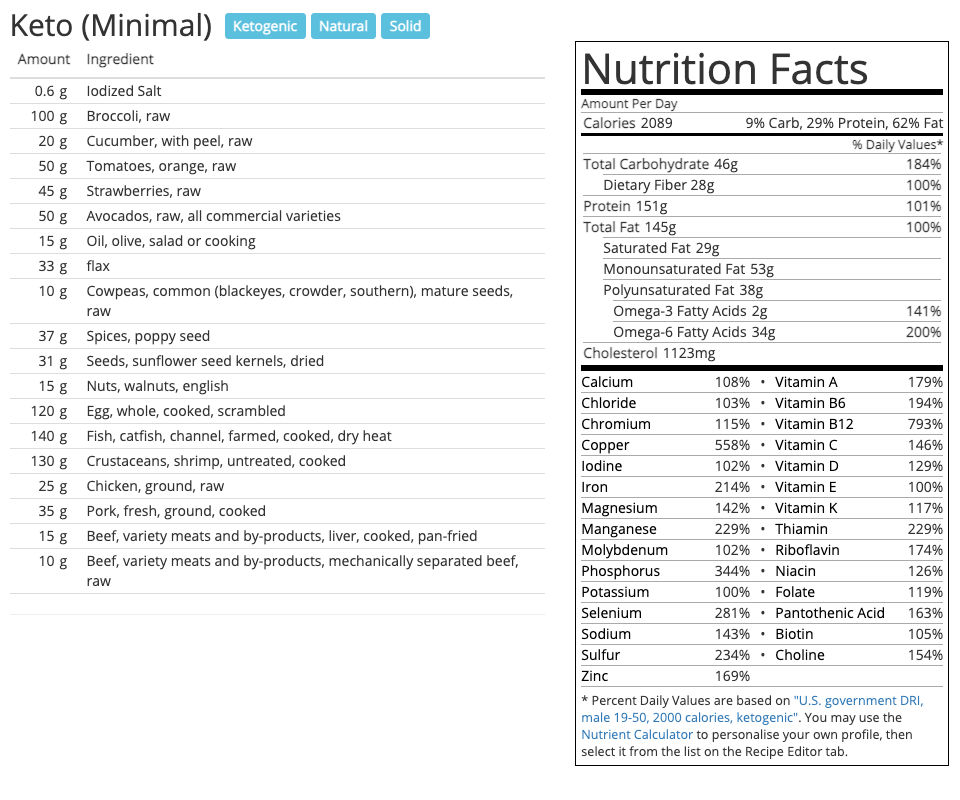 A few notes: I thought that protein would be hard to come by in the vegan diet, but was surprised that the list still had over 60% protein just from the plant sources (after I had deleted animal sources of food). The only problem with the vegan diet was the lack of good vegan sources of vitamin D. So I decided to make an exception and add vitamin D supplementation to the vegan diet only. However, in reality, a person's body can make the needed vitamin D just by spending some time outside every day in the sun (one might need from fifteen minutes to a couple of hours of lunchtime sun, depending on the skin type, location, and other factors: source). So if you want to follow the vegan diet, and cannot get a vitamin D supplement, make sure to spend time outside every day.

The keto diet was the hardest to find ingredients for to get all the fiber and micronutrients while staying under the targeted carbohydrate intake. That is why it includes ingredients such as flax (for fiber), beef liver (for molybdenum), and poppy seeds (for vitamin E, calcium, and potassium). The keto diet was the only diet where I could not figure out how to get under about 2000 calories after a reasonable amount of effort expended.

Overall, I was very happy to be able to attain complete nutrition lists in compliance with the various popular diet restrictions while keeping to the food, not too much, mostly plants guiding principle for all the diets.

Here are the links to the nutrition lists: